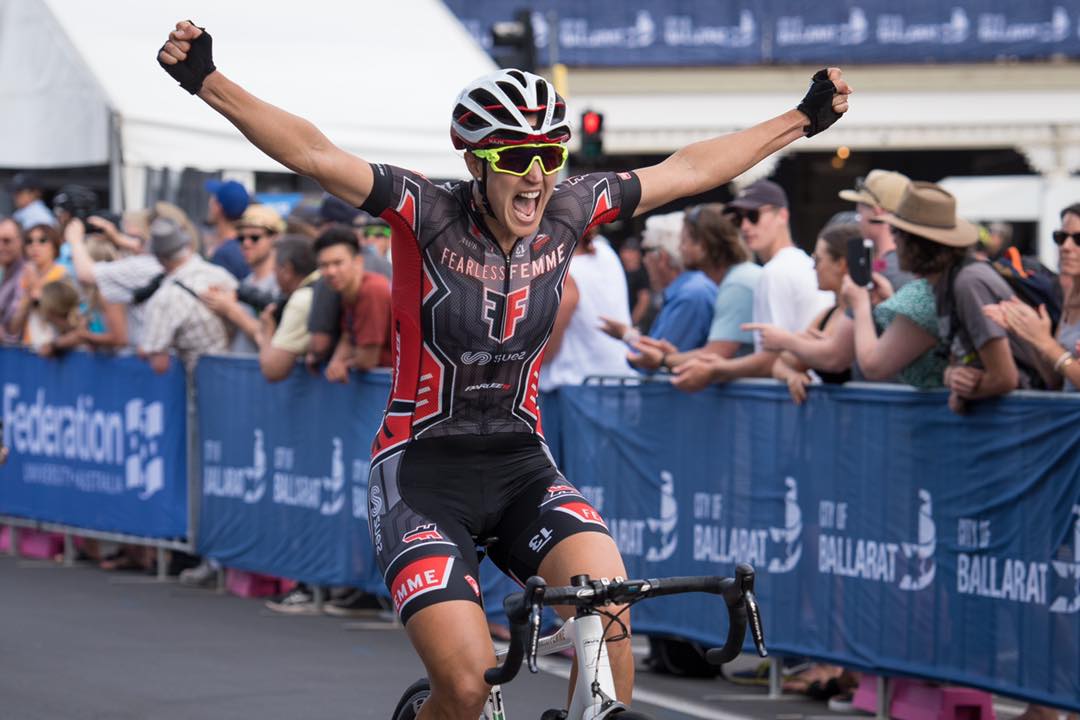 Posted at 21:46h in Altum, News/Events by parleecycles
Share

Congratulations to Rebecca Wiasak of the Fearless Femme Racing Team on winning her second National Championship aboard her Parlee Altum. Capping a year that saw her win multiple times in the US, including an amazing Stage 1 victory at the Colorado Classic, the Australian native returned to win her second consecutive National Championship. For an athlete who was the world champion in the individual pursuit in both 2015 and 2016, it is an amazing transition to the road and we are thrilled to have her and the Fearless Femme team on Parlee this year. Congrats and thanks, Rebecca!